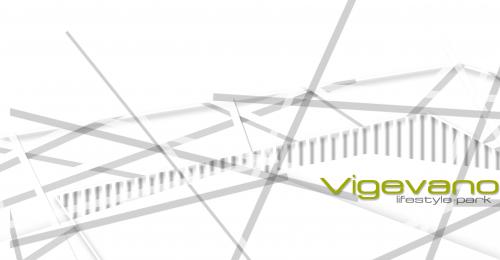 The commercial complex will be located immersed in the Natural Park where a pure and uncontaminated environment will surround two distinct types of shopping areas in which there will be over 100 stores as well as 35,000 sq metres of Retail Park. In particular the Company Store will be dedicated specifically to footwear. This because the complex will emphasise the support of the professional vocation of the district itself, which since the 1800s has suitably answered the demands of the local, national and international footwear market. Indeed, Vigevano is considered one of the major poles of the Italian shoe industry, and in line with this tradition our proposal is to offer services that will satisfy all those who are attracted to the natural context, to the historical tradition, to the brilliant Milanese fashion luminaries, and those who expect the irresistible quality and the refined prestige of all that is truly Made in Italy

Vigevano. Actually this will be a true Lifestyle Park incorporated into a context that favours not only the natural countryside, much sought after by tourists, often on organized excursions, but also the historical features, because of which this city has become ambassador to the world. The shopping complex and the adjacent structures will be located in the Vigevano district in the Province of Pavia, precisely at the intersection of two of the northern Italy’s principle expressway axes: the A7 Milan-Genoa and the A4 Milan-Turin. Vigevano, a pivotal centre of culture, nationally and internationally recognised, indeed site of the renowned Sforzesco Castle, the largest Medieval castle in Europe, located in the historical centre of the city, draws thousands of tourists each year to the wondrous artistic and commercial resources of the area. Furthermore the Company Store project takes into consideration an important strategic geographic advantage: its vicinity to Milan, Italy’s national capital of fashion and design, just 30 km away. Consequently the Village will also benefit from the presence of many visitors who are directly interested in the commercial lines that will be promoted, as well as specialists in the their fields who visit or live in this area where high style and entertainment flow together at a national and international level.