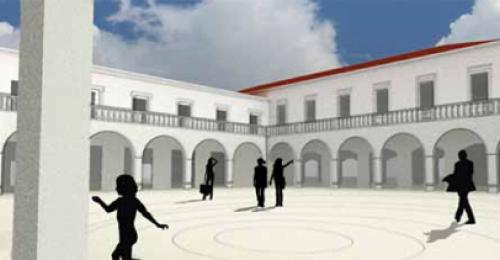 Meeting point between Occident and Orient, between central and southern Europe, Croatia is a country rich in hitory, culture and Central European atmosphere with a strong Mediterranean influence, that with its over 5,000 km of coastline attracts many tourists each year. Its tourism industry is strong and in expansion also thanks to a wealth of events and exhibitions: artistic, cultural and sporting. It offers easy access due to its well-developed system of motorways, six maritime ports and seven international airports.

Of its 4.5 million inhabitants about 1 million reside in the capital, Zagreb, which is the political, cultural, commercial and economic fulcrum of the entire nation.

The Croatian economy has, in recent years, achieved excellent results due to the expansion of internal demand, the development of the banking system, new investments, increased tourism and increased output by its light and medium business and industrial sector.

Over the last six years the GNP has had an average growth exceeding 4%, while inflation has been held in check.

The World Bank honoured Croatia as the best reformer in Europe and second overall in 2007 in its project, Doing Business. There are, as well, in Croatia preparations in act for its imminent entry into the European Union.

The Križ Village Company Store is located in a renowned area of splendid natural beauty a stone's throw from the Lonjsko Polje Nature Park and Croatia's European Stork Village, Cigoc. It is also within the county surrounding the capital, which boasts the highest per capita income of the entire country.

Just 40 km from the capital, The Križ Village Company Store lies along the most important motorway in the country, which connects Zagreb to Belgrade, on which travel over 10 million vehicles per year. Located adjacent to the Kriz exit, its hundreds of meters of storefronts are a prominent sight for all travellers on the motorway. It is also accessible by way of the local highways and the railroad.

The Križ Village Company Store, given its proximity to important arterial motorways that connect it to the Adriatic Coast and to central Europe, will be a new landmark with an exceptional commercial potential as it ay be visited not only by residents of the area but also by a great many tourists. Zagreb County and the Capital itself boast over two million tourist visitors each year.